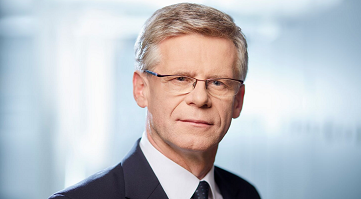 He graduated from the AGH University of Science and Technology in Cracow, Faculty of Electrical Engineering, Automatics and Electronics, major in Electronics.

He started his professional career in finance in BPH Bank, where he held managerial positions for over a decade, up to the position of a Member of the Bank's Management Board. In particular, he managed the Bank's Brokerage House and was the Managing Director of the Distribution Area.

Then, in the years 2007–2017, he was the Vice President of the Management Board of Bank Pekao S.A., in which he was responsible for the development of retail banking.

In June 2019 he was appointed to the Supervisory Board of Generali Investments TFI. His motto in the management is looking into the future (to anticipate market trends) and maintaining the consistency of activities. In addition to relying on “hard” data and arguments, he also adheres to the rule that one should always show a certain amount of submissiveness in the face of what is happening in the market.
He spends his free time actively, practising his favourite sports: windsurfing, volleyball, squash, diving and tennis. Adheres to the principle of balance in the universe. In practice, she combines ambitious professional work with family life. She spends her free time actively, on cycling trips and sightseeing tours, as well as on playing music, which is a passion of the whole family. 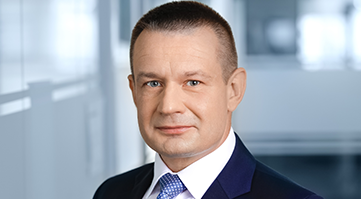 Graduate from applied physics at Military University of Technology, holds MBA Degree from the University of Illinois at Urbana-Champaign.

He spends his free time actively – his great passion are martial arts.